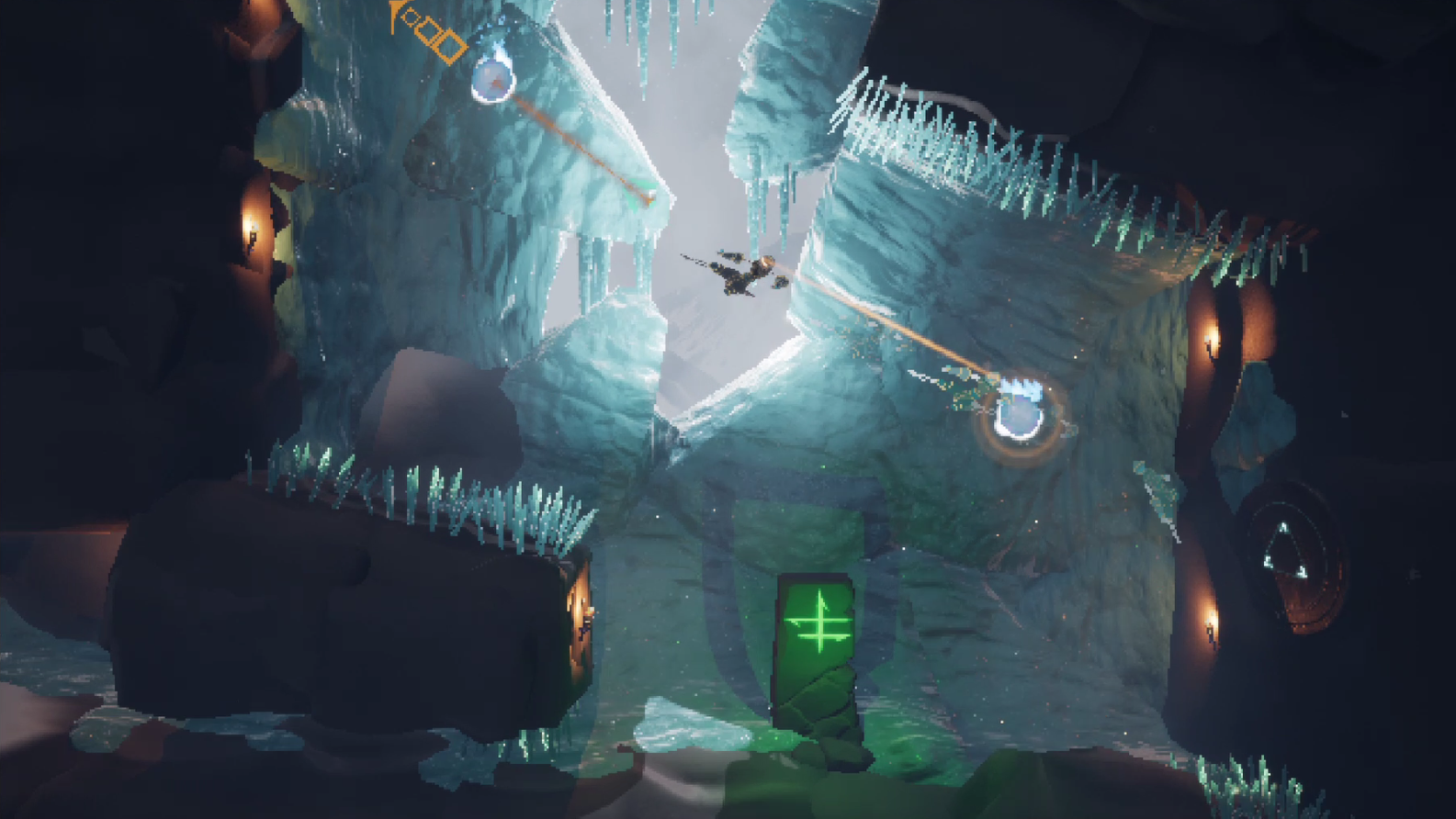 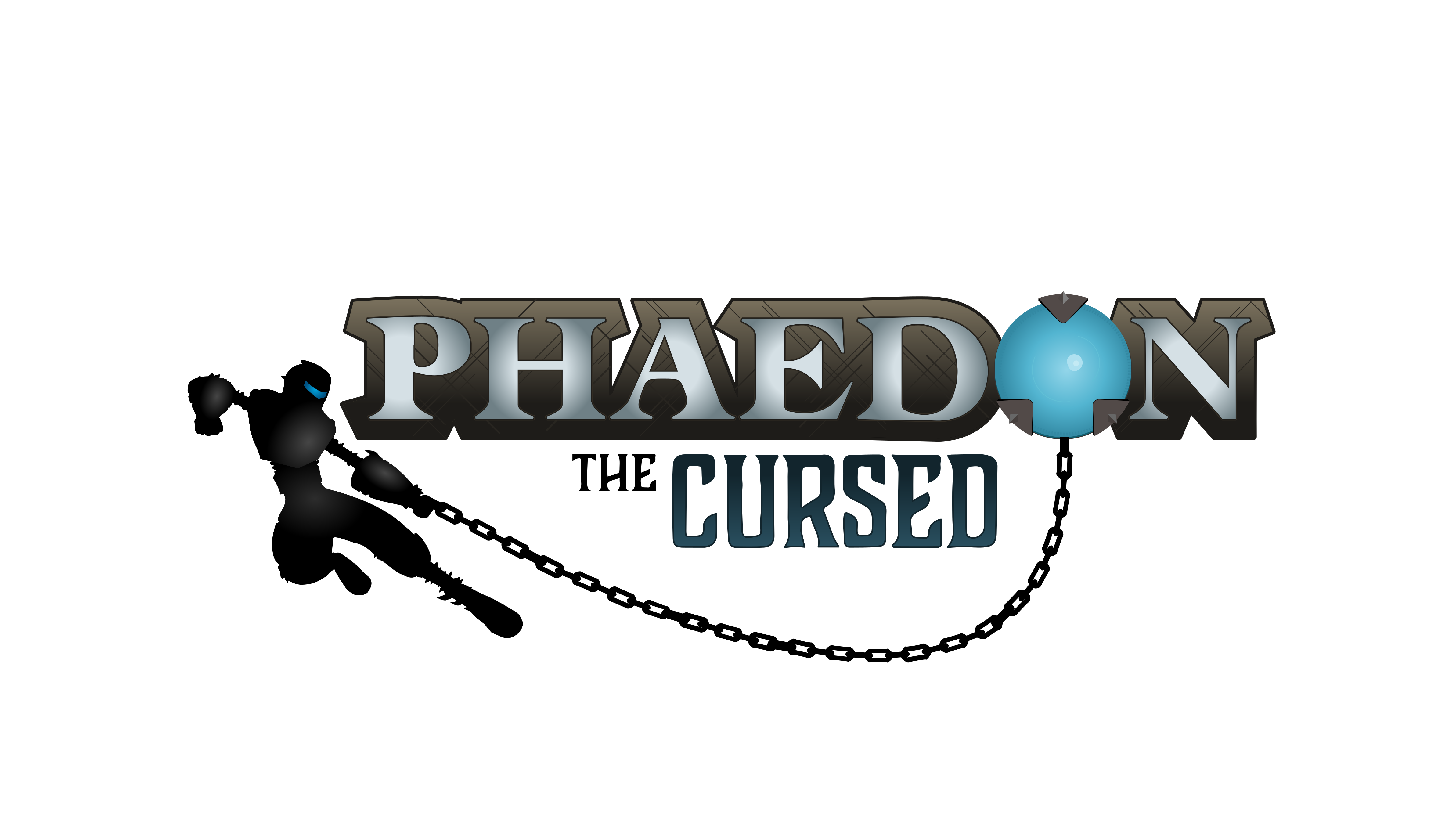 An unrelenting test of platforming skill; explore treacherous dungeons, battle intimidating foes, and precariously navigate the perilous grappling points and platforms spanning across dizzying chasms. Only the cursed can hope to make it out in one piece. 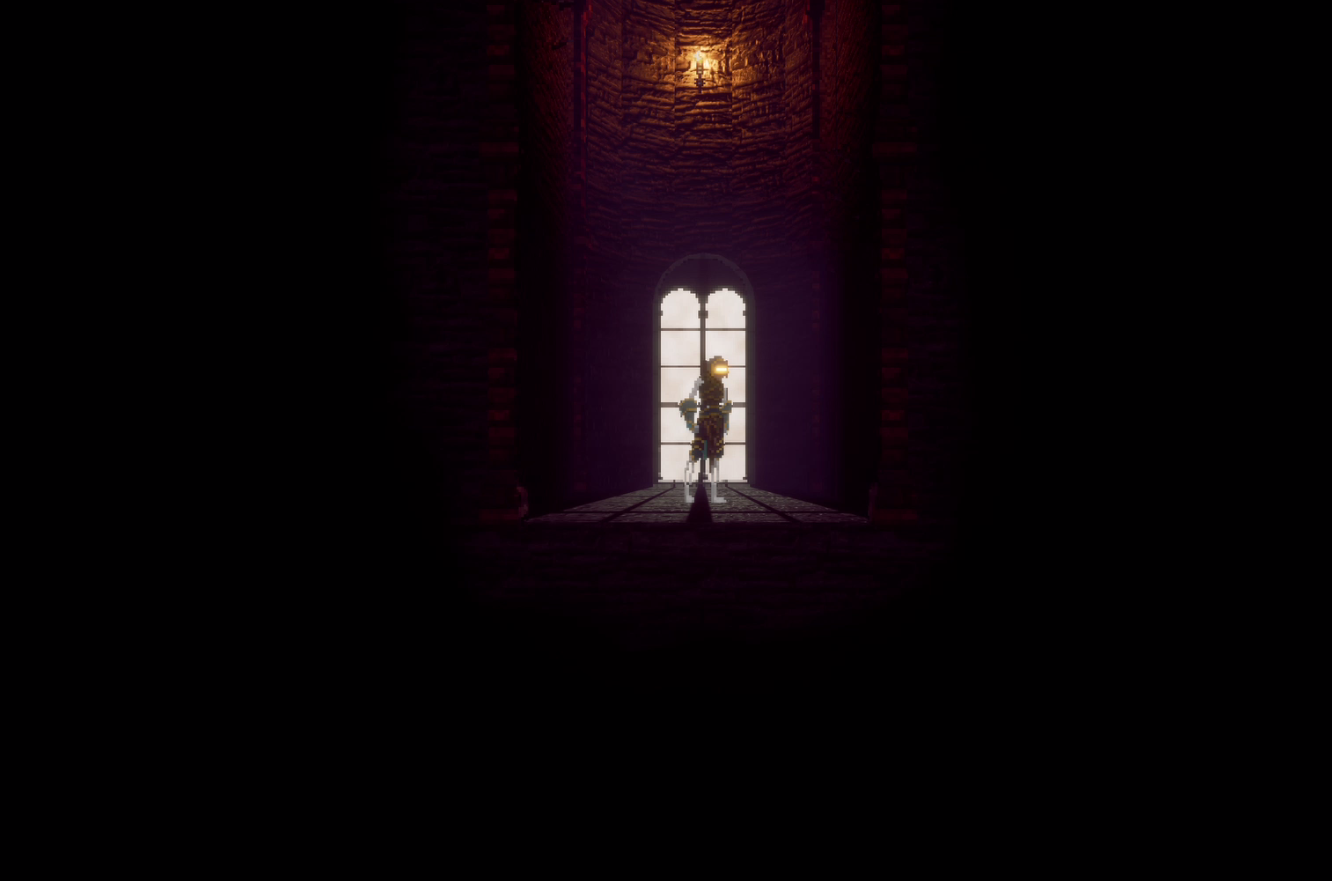 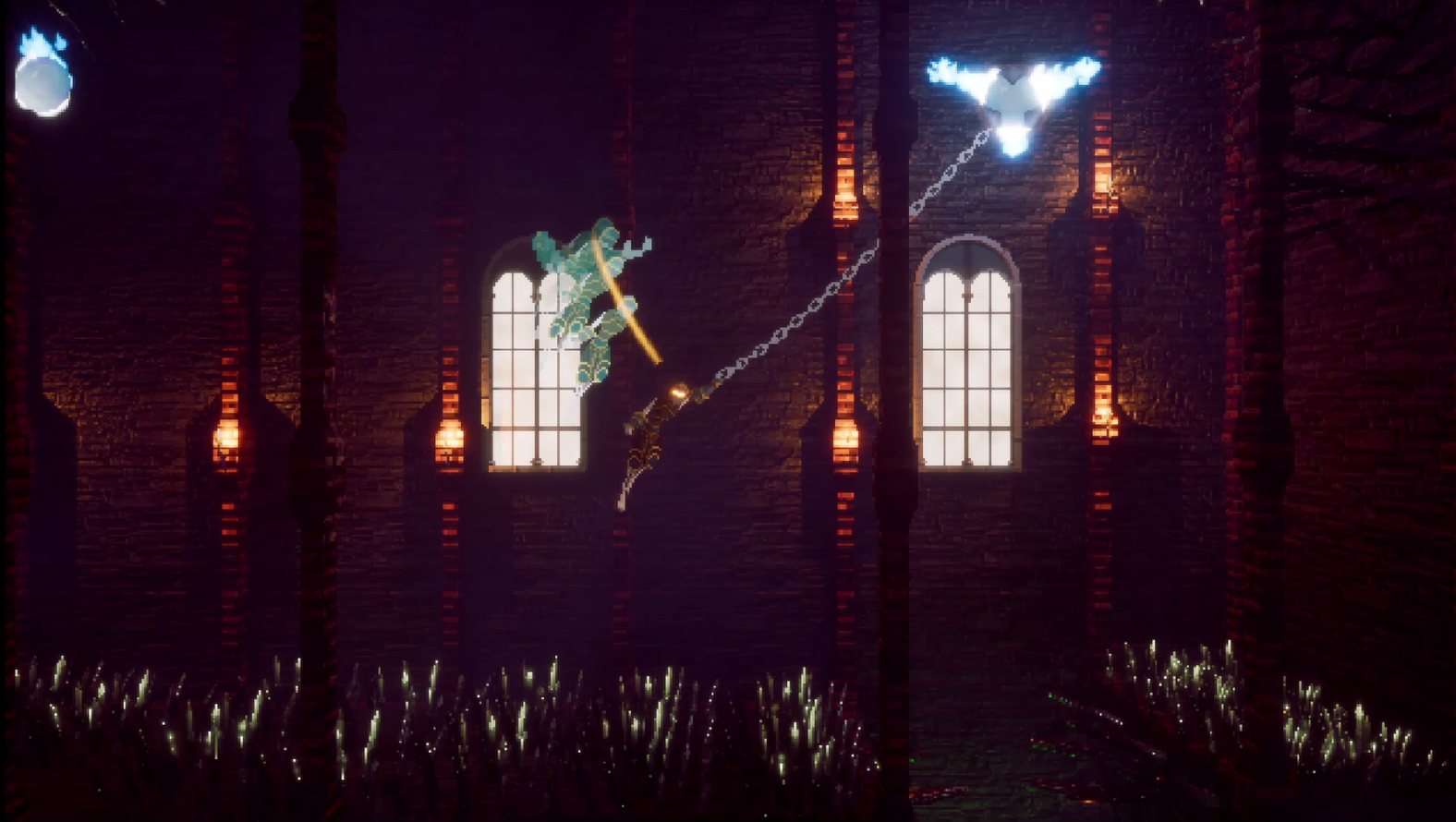 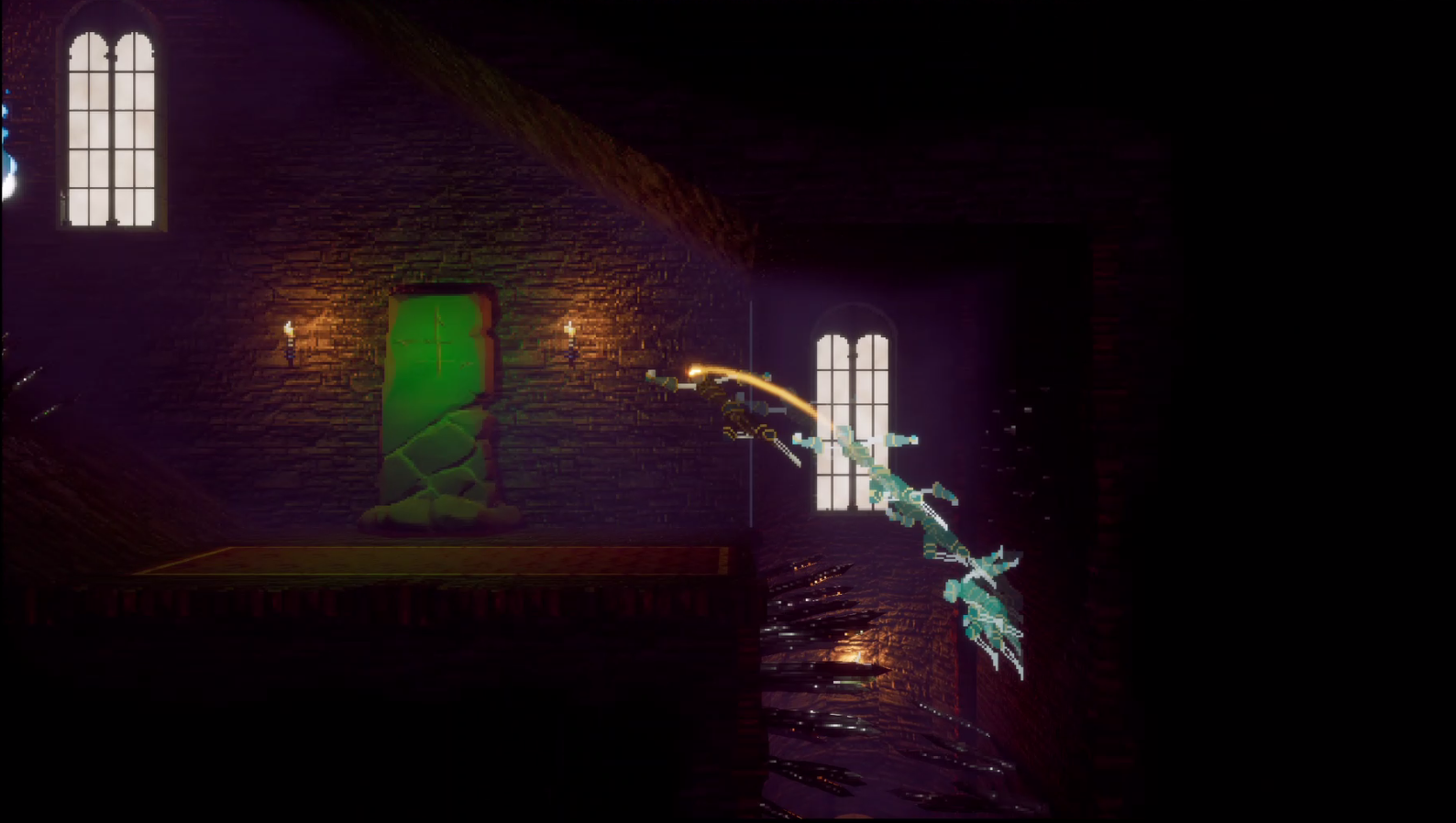 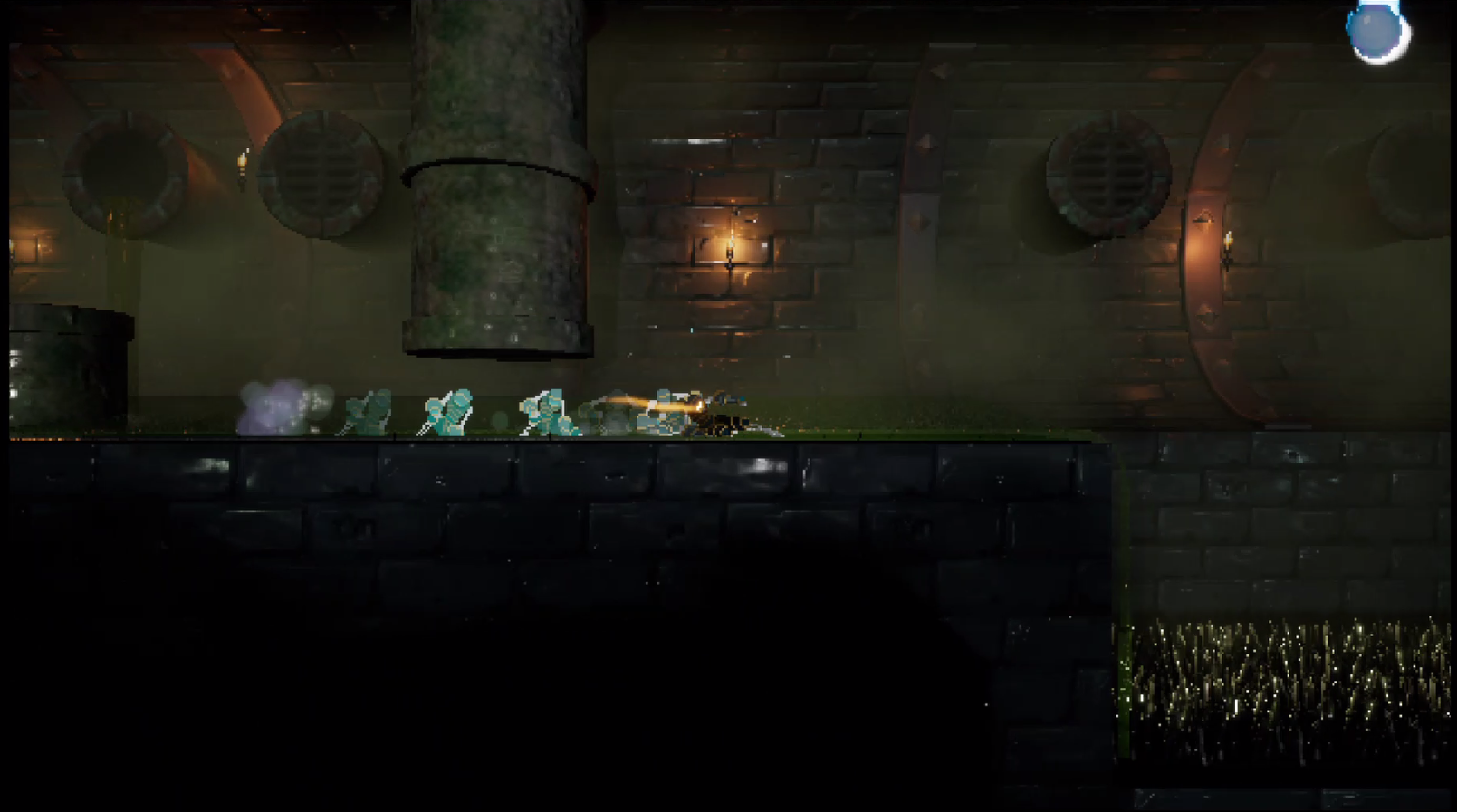 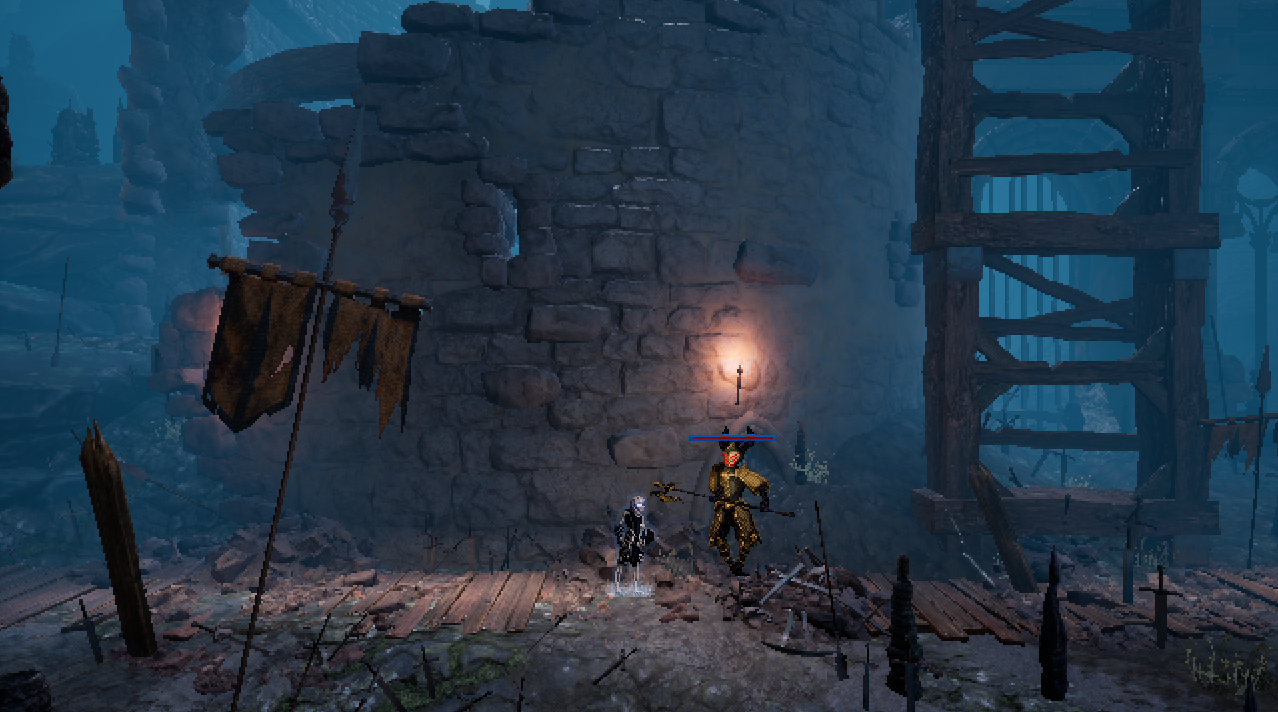 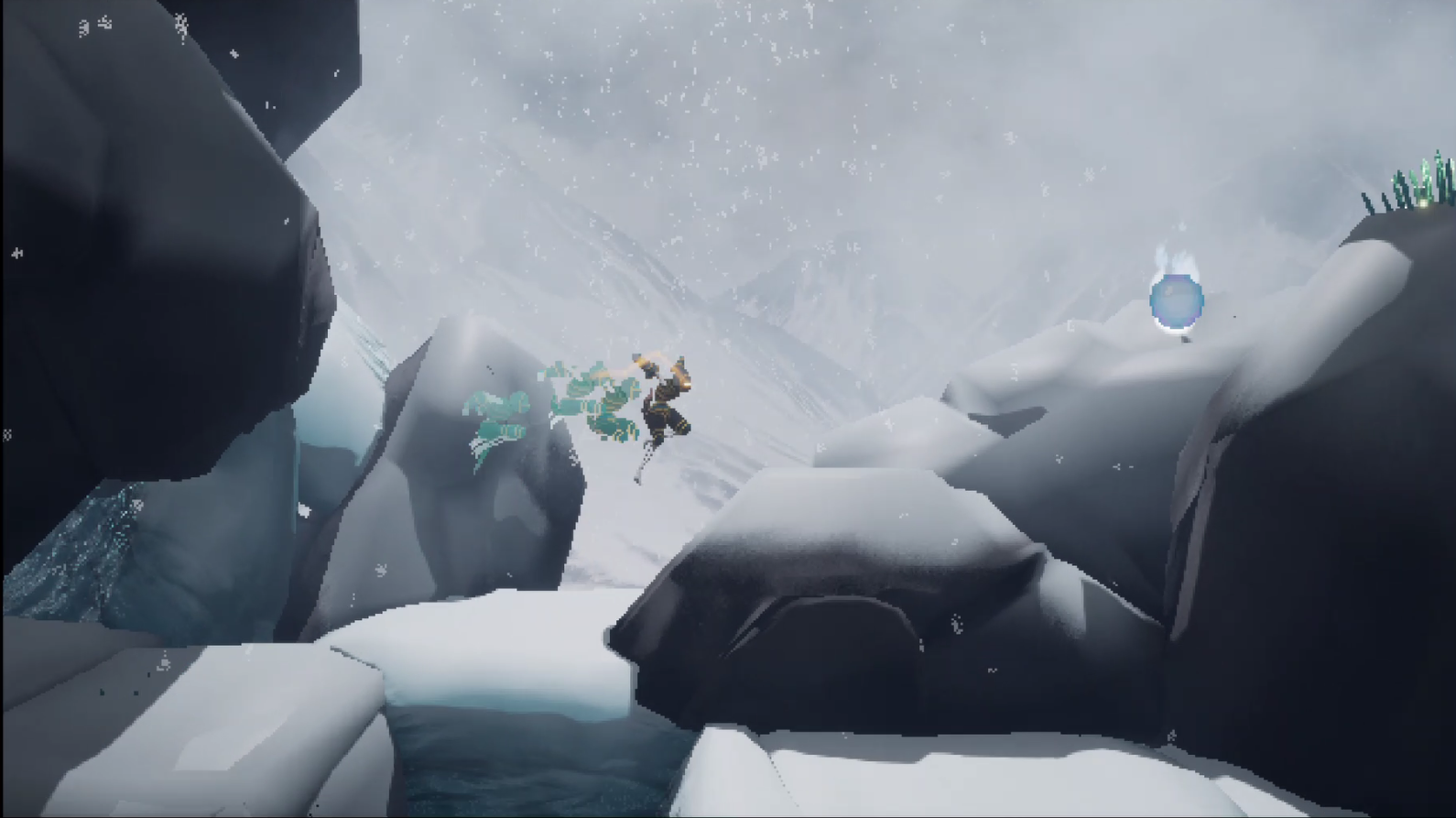 I wanted to make sure that I didn’t waste too much time on assets that would need to be completely retooled (or outright scrapped) after playtesting to make sure that they blend seamlessly within the state machine. To make things go smoothly and quickly I established a two-phased production pipeline which works like this:

1) make a draft with simple shapes as a placeholder, either from scratch or based on a reference. This is reviewed visually, tweaked as needed, then tested in-engine.

Here’s what one looks like, on the Sword Monk Ice Hermit enemy’s “enraged idle” state:

And in this footage you’ll spot a few states for this enemy which are still using placeholder drafts:

2) Once it’s confirmed that it plays well, I’ll start to add detail, retest, and eventually polish it.

Here’s that same enemy, with the same “enraged idle”state after a few iterations and having been polished:

Here’s how the finished enemy looks and plays:

After a while I got an assistant to delegate some of the more monotonous work to, so I had to made more refined sketch notes, seen in this example here as green:

Here’s a collection of just some of the enemy assets I’ve made, these are actual-size:

Here’s some of the Player Character assets, blown up to show detail:

Some of these have branching frame trees so that attacks can be interrupted and chained in various sequences Occasionally I’d get the go-ahead to take a stab at going over the top, though more often than not I’ve had to scrap, or could be turned into something else:

Many of the assets needed to be redone to match new concept art:

Additionally, every single state needs to have three variants to reflect the three stages of upgrades, those being the “none” “half” and “full” armor states:

Here’s one that, with every loop, his armor is upgraded one level:

The Homunkulus team is currently seeking a publisher to further fund development, in the interim I’m making use of the downtime by working on my own title Finder’s Keepers.